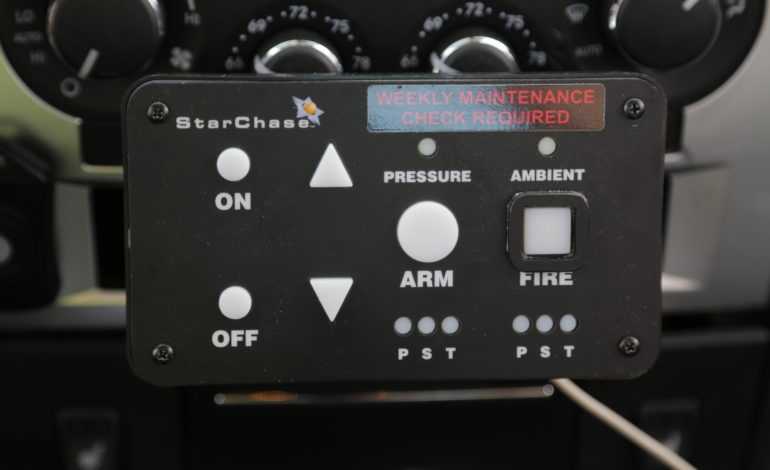 In movies like “Bad Boys” and “Lethal Weapon”, renegade cops commonly race through the streets firing off round after round in hot pursuit of the bad guys – usually while simultaneously tossing off one-liners and demolishing everything in their paths. In real life, such actions often have more grim and serious consequences. Fortunately, non-lethal technologies are emerging to make apprehending suspects easier, and less dangerous for all involved.

One example is the StarChase system, an invention designed to take some of the peril out of high-speed pursuits. In the more than 100,000 chases that take place in the US every year, risk levels are extremely high – for officers, suspects, drivers and pedestrians. StarChase technology helps to diminish such risks by replacing the need for a chase with a safer way to catch suspects. The system consists of a compressed-air launcher with laser targeting that mounts inside the grille of a police car and shoots out a homing device (containing an internal GPS receiver, transmitter and power supply). The homing device sticks to any vehicle it hits, and sends its location to dispatch. From there, a dispatcher or other trained professional views the vehicle’s real-time movements on a digital roadmap and develops a strategy to intercept it. The StarChase system also automatically records all data, creating a historical record of the event