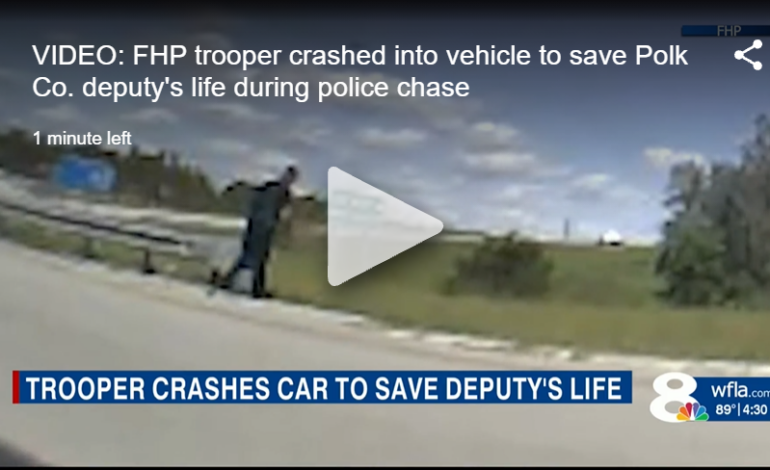 On Monday afternoon, at the County Road 557 exit westbound on I-4, a Polk County deputy was putting down stop sticks to catch a driver during a police chase, according to Florida Highway Patrol.

As the suspect evaded law enforcement, he immediately lost control, which sent him careening into the grassy median between the ramps.