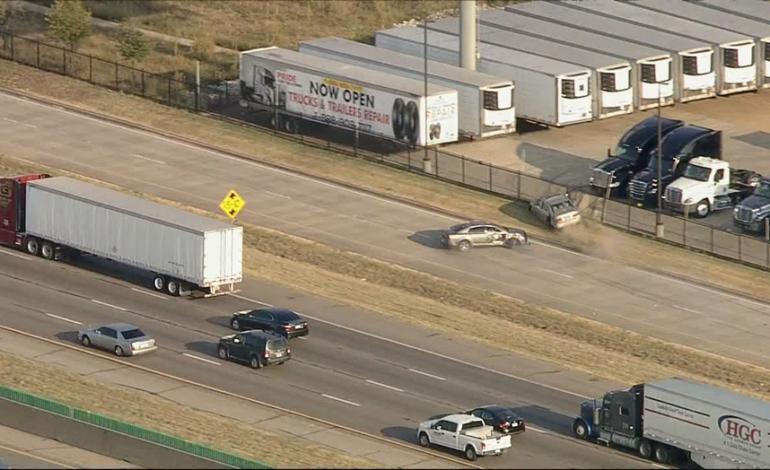 DALLAS – Dallas police caught a murder suspect on the run. But their high-speed chase took a wild turn when the suspect crashed into someone else.

There are still a lot of unanswered questions about the suspect.

The video of his attempted getaway is incredible.

SKY 4 followed along as the driver weaved in and out of heavy traffic Wednesday during the afternoon rush hour in southern Dallas County.

Police tried to stop him in the Red Bird neighborhood near Interstate 20 and Highway 67. They said he took off headed east on I-20 and at times driving 100 miles per hour.