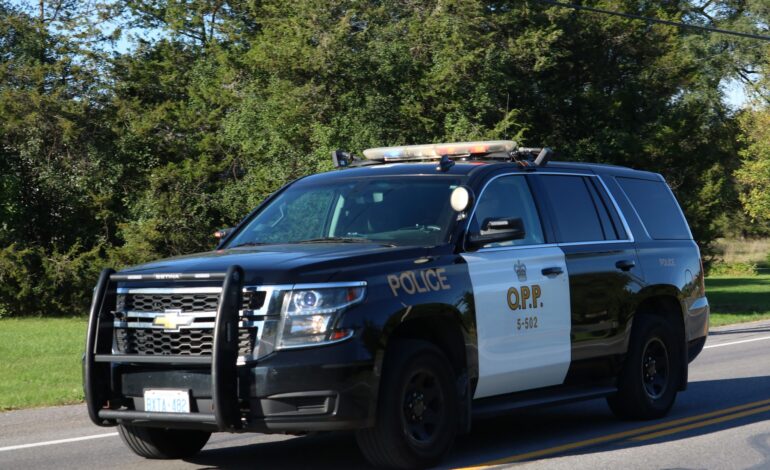 A Belleville man is facing multiple charges after driving dangerously, in a stolen truck, throughout the city of Kingston last week.

At approximately 9:30 p.m. on Wednesday, Jun. 30, 2021, Kingston Police observed a black truck at the intersection commit a driving offence while proceeding southbound on Division Street near Elliot Avenue. According to a report from police, an attempt was made to initiate a traffic stop however, the truck continued south on Division Street driving recklessly into the oncoming lane of traffic to evade police. Police were able to obtain a license plate number and description of the driver before last observing the truck turn eastbound on Railway Street at a high rate of speed.

A short time later, at approximately 10:55 p.m., police said they observed the suspect vehicle in the area of the parking lot of Kingston Police headquarters. Police followed the truck out of the lot and attempted again to initiate a traffic stop using their emergency lights however, the vehicle once again fled from them traveling northbound on Division Street passing vehicles in the oncoming lanes of traffic. The suspect vehicle was observed traveling through a red light before turning westbound on John Counter Boulevard, according to the report.