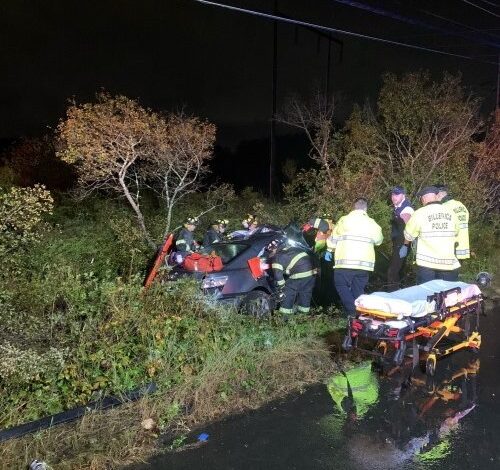 Two people were injured in a crash after a police chase that allegedly began with the robbery of a gas station in Billerica, Massachusetts.

Police said they received a call just before 4 a.m. Monday for an alarm activation at Speedway Gas Station at 192 Boston Road. A male suspect had reportedly smashed out the glass front door to the gas station and stolen items from the closed store.

Officers arriving at the scene saw a car fleeing from the scene at a high rate of speed northbound on Boston Road toward Lowell and initiated a pursuit. Read full story here