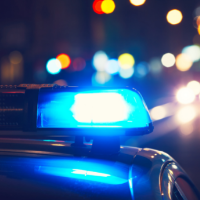 A wild police chase of a woman in a stolen truck ended at a McDonald’s drive-thru as she attempted to order some food amid the pursuit.

The incident occurred at approximately 8:45 a.m. local time on Tuesday in Worcester, Massachusetts — about 42 miles west of Boston. The Worcester Police Department said it received a 911 call about a stolen pickup truck in the eastern part of the city.

When officers arrived on scene, they spoke with the man who made the call and he informed them that a woman, whom he said he did not know, climbed into his vehicle and drove away. But he told the officers that his pickup truck had GPS and he could see its location.

As the officers made their way to the area of the stolen vehicle, they were flagged down by another driver who told them that their car had been hit by the pickup truck only minutes before, according to police.