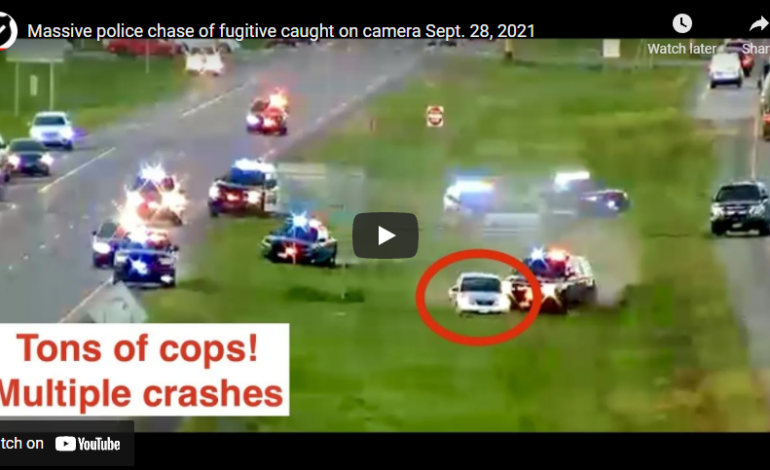 ANOKA COUNTY, Minn. — A man led police on a car chase Tuesday evening in the north metro — crashing into squad cars and driving in a grassy median to elude them. Once his car got hung up in the grass and was boxed in by squads, he armed himself with a knife and officers used less-lethal tactics to place him under arrest, authorities said.

The wild scene was captured on Minnesota Department of Transportation cameras, and snarled traffic along Highway 65 in Blaine for several hours.

Authorities identified the driver as Andrey Dwayne Harrell, 59, of Minneapolis. He has been booked into the Anoka County Jail.