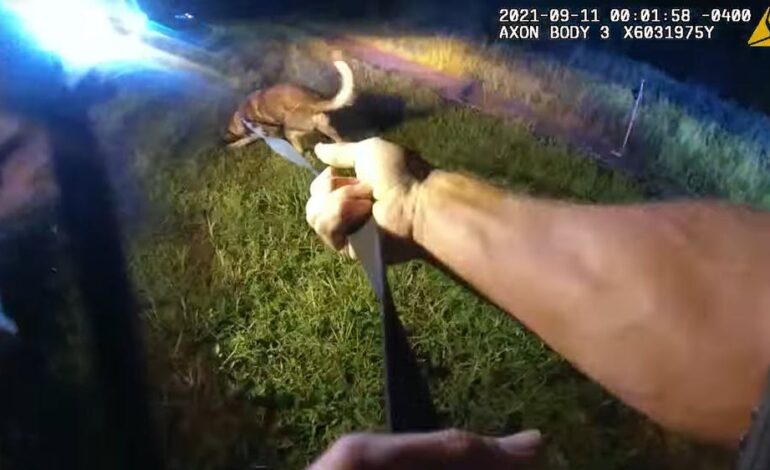 A Lyft driver reported a carjacking around 11:30 p.m. Friday after picking up a passenger in Sanford and taking him to a remote area of Reed Ellis Road in the Osteen area. The suspect put a gun to his head and stole the minivan, Gant said.

Deputies spotted the minivan off Lake Helen Osteen Road and Capri Circle near the Deltona Gardens Apartments and Lowe’s and the driver got out and ran into a wooded area, Gant said. K-9 Ax was shot in the face shortly after midnight while K-9 Endo was shot in the paw and chin around 2:20 a.m., according to Gant. The incident was captured on video.