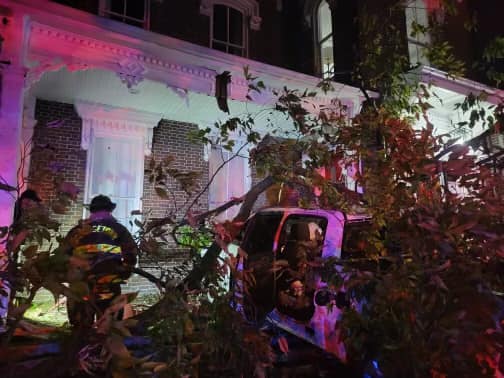 GEORGETOWN, Ky. (WTVQ) – People sleeping in an Airbnb in Scott County had a rude awakening overnight when a truck crashed into the home, ending a police chase.

When a deputy knocked on the truck’s window, Deskins came to, put the truck in gear and sped off, nearly hitting the deputy, according to investigators.