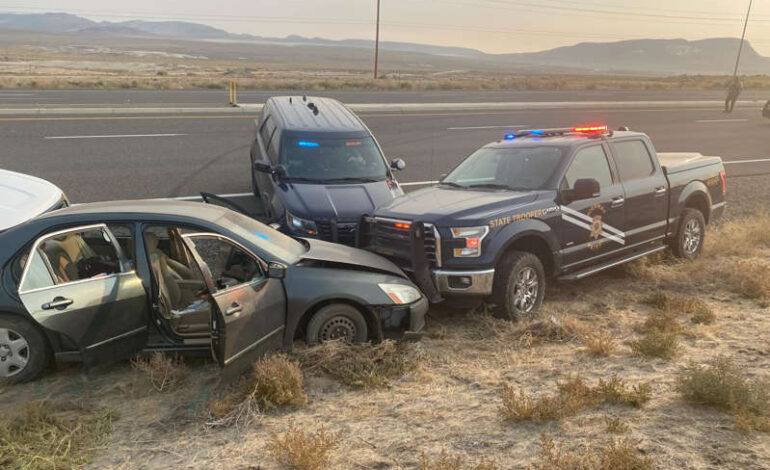 A Nevada man was arrested Tuesday morning after leading police on a high-speed chase and attempting to run over Nevada Department of Transportation workers, according to the Nevada Highway Patrol.

Authorities say they began pursuing the suspect after receiving reports of an assault with a deadly weapon. The suspect took off eastbound on Interstate 80 at McCarran Boulevard, leading police on a chase that reached up to 110 mph, NHP said.

Police deployed stop sticks near exit 43 at Wadsworth, and the suspect swerved across the median, continuing eastbound in the westbound lanes. He then drove onto the westbound onramp at Exit 46, still going the wrong way, where he stopped and tried to carjack another vehicle, according to authorities. Read full story here