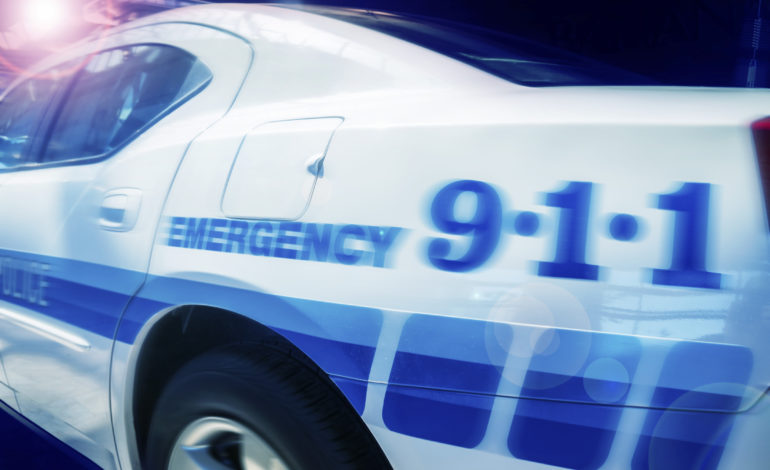 Vehicular chases and police pursuit policies are issues often left on the back burner until a bystander or officer is injured or killed. I know this all too well.

While recently speaking to a group of Madison Police Department (WI) recruits, I was once again overcome with emotion remembering why I began this mission to reduce police pursuits for non-violent felonies. My son, Paul, a 23-year-old innocent bystander, was killed during a police chase into a city with a very restrictive policy. My presentation to these Madison recruits was part of my Pursuit For Change work in conjunction with the Below100 initiative, a campaign to reduce preventable law enforcement officer line of duty deaths.

After my recruit presentation, as well as after other presentations to more experienced LEOs, many officers approached me to offer thanks for sharing my story. These officers get it; they understand my heart ache. They understand why I’m there, and why I dedicate so much effort to save lives of officers and bystanders like Paul. 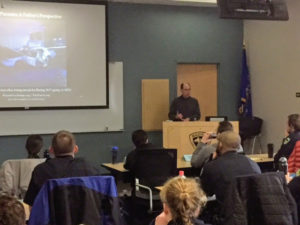 After several years as chair of the board for the national non-profit, PursuitSAFETY, I made a decision to move in a slightly different direction. I wanted to provide information and value to LEOs across the country. I wanted to share my story directly with legislators in Washington. I wanted to find additional funding for LEO’s use of pursuit reduction technologies and increased officer driving training. I wanted to implement mandatory tracking for all police chase-related deaths and injuries. And finally, I wanted to work toward safer and more consistent pursuit policies. So, as a result, I established Pursuit For Change.

Scores of high-speed police pursuits occur daily and there is definitely no shortage of media coverage. The more brazen and deadly the pursuit, the more news coverage it gets. Society sensationalizes police pursuits, and regardless of the horrific consequences, the media feeds their thirst to be entertained. In-car videos of dangerous stunts at high speeds followed by pictures of marred vehicles are exactly the type of coverage affecting the public’s mindset. People have become desensitized to police chases; for the most part, they are unaware of the tragic effects of the high-speed pursuits they watch.

Police pursuits kill an average of one person each day, according to the National Institute of Justice statistics. While the majority of pursuit-related deaths are suspects, an innocent bystander is killed every three days and a law enforcement officer is killed every six weeks. Even without mandatory reporting for pursuit-related deaths and injuries, data from an FBI report stated that thousands of people are injured in police chases every year.

Taken at a state level, the numbers look just as grim. An NBC Los Angeles report shed light on the prevalence of police pursuit-related injuries in the state of California. Between 2002 and 2012, over 10,000 people were injured in police chases, with 321 ending as fatalities. In 2011 alone, pursuits in California resulted in 927 injuries and 33 deaths. Included in those deaths were eight bystanders and one police officer. Other states have equally unacceptable results.

The toll from pursuits is not only measured in lives. A 2016 NBC investigation of Chicago-area pursuits found that taxpayers paid out over $95 million in civil settlements and judgments stemming from 24 separate lawsuits over a 10-year period. That same report counted nearly a dozen more pending lawsuits that had not been settled. So it is realistic to estimate that the sum of pursuit-related settlements in the Chicago area will exceed $100 million over a 10-year period. How many more officers and equipment could be funded by sums such as this?

Keep in mind that these police chase numbers are gathered without any rigorous Federal system in place to mandatorily report pursuit-related injuries, deaths and economic damages. From other studies completed, it is reasonable to predict that actual numbers are significantly higher. A standardized system for reporting pursuit-related injuries, deaths, and damages would be monumental in analyzing and significantly reducing those avoidable pursuits resulting in so much loss and suffering.

Police pursuits with deadly outcomes are nothing new; for many years, LEO and bystander lives have been lost and forever changed as a result. Police chases are a national issue with staggering local effects, yet the problem has largely fallen on deaf ears.

My son died during a high-speed police chase in 2007. Paul and his girlfriend Katelyn were headed home when an SUV crashed into the taxicab in which they were passengers. Paul and the cab driver, Walid Chahine, died; Katelyn sustained serious, life-altering injuries. This double fatality police pursuit began over a misdemeanor traffic violation – when the driver of the SUV made an illegal U-turn. 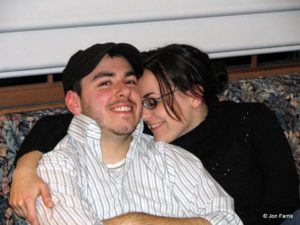 Question: Is it worth risking innocent bystander lives and police officer lives over minor traffic violations such as failing to yield at a stop sign or an illegal U-turn?

That’s tough to answer because officers do have a duty to enforce the law, but while protecting citizens. Achieving both obligations – enforcement and protection – is extremely challenging. Common sense dictates that engaging in any pursuit should be limited to only the most dangerous and violent offenders. In the heat of the moment that can be a difficult decision for the officer unless their EVO pursuit policy is clear, concise and unambiguous. Most EVO and pursuit policies that I have reviewed do not meet these standards.

At the time of Paul’s death, many people were affected. My neighbor and good friend, Tim Dolan, was one of those.

“While in office, lowering violent crimes and protecting the citizens of Minneapolis was a primary focus,” said retired Minneapolis Police Chief Tim Dolan. “The greatest risk of serious injuries to police and the public come from police chases or pursuits. This is a national issue. I strongly believe in what Jon is doing; I hope agencies take notice and start working to change their policies around pursuits.” – Tim Dolan, Chief of Police (Ret.), Minneapolis, MN

There are alternatives to chasing. Examples include GPS tracking technology, driving simulator training, emergency smartphone alerts to drivers in the vicinity of an active pursuit, and other measures. Each of these options can be used to apprehend suspects while reducing the likelihood of civilian or officer injuries or deaths.

I have been working tirelessly to find alternatives that will limit pursuits for all but the most heinous of violent crimes. Technology is now a reality and police departments across the country are beginning to consider this in conjunction with stricter policies for their officers.

Unlike many advocates, I am not at odds with law enforcement. Rather, I understand that we have a common goal. I truly appreciate the challenge that law enforcement officers face. I provide information and support relating to reducing chases and making apprehending these criminals safer. I speak for many who have been adversely impacted by a police pursuit, to raise attention to the issue and to highlight the need for alternatives to high-speed pursuits for non-violent crimes.

No family should endure the lifetime pain caused by an avoidable disaster. I hope to minimize incidents when split-second decisions and adrenaline-fueled moments can end tragically, as it did for my Paul.

Our goal is twofold: protect innocent civilians’ lives and protect officer lives. To accomplish this mission, I created Pursuit for Change, a national police pursuit advocacy group. The focus of Pursuit for Change is to push policy, legislation, technology and training to save innocent citizen and police officer lives. Rational pursuit policies coupled with advanced pursuit management technologies and increased training will decrease pursuit-related deaths and injuries.

The reality is that implementing these changes can be just that simple. Although increased training and advanced technologies are proven to reduce the risks involved in pursuits, many law enforcement agencies are unable to acquire necessary equipment because of budgetary constraints. Pursuit for Change is working with members of Congress to help police departments and law enforcement agencies receive necessary funding to adopt safer tactics.

Pursuit for Change is lobbying for a federally funded program for pursuit reduction technology and LEO driving training. Our efforts have united Senate and House representatives on both sides of the aisle.

Our work is also at the local level. My meetings with city and state law enforcement agencies are examples of affecting change at the source. Pursuit for Change is gearing up to work with even more agencies and departments to raise awareness and pursue meaningful change.

Imagine a world where every day one more person’s life is saved, every three days one more innocent bystander’s life is saved, and every six weeks one police officer’s life is saved. In this world, police departments have adopted the latest and safest technologies with officer training and internal policies to match. This is a world in which dangerous chases are limited to the most extreme circumstances.

The ideal situation, of course, is to get bad guys off the streets without harming anyone else in the process. The better equipped and trained departments are, the more often they apprehend criminals without incident. We all need to remember that a LEO’s goal and obligation is to carry out their duty to protect and serve while ensuring the safety of bystanders, other officers and themselves.

Saving lives begins with awareness and education. Through the grief of thousands of anguished families and friends, we must support law enforcement while finding and implementing options other than chasing every runner. Officers put their lives on the line every day. It’s up to their command to find every possible means to reduce these risks. Increased training and enhanced technologies will most certainly reduce avoidable outcomes that adversely affect communities and law enforcement agencies alike.

The time is now to prevent other families, innocent bystanders, and police officers from having to suffer as my family has from easily preventable tragedies.

My journey started with horrible sadness and anger. But I continue to focus those emotions into something beneficial and desperately needed for society. I have focused my sadness into an appreciation for the challenges faced by law enforcement. However, I will continue to drive home my message that there are altogether way too many unnecessary pursuits, and LEOs must reassess their direction and policies.

I have focused my pain and heartache into a relentless, but positive pursuit for change.