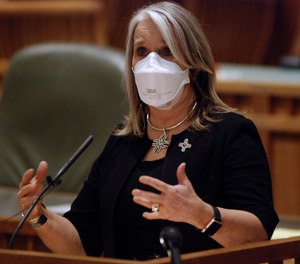 Lujan Grisham signed the Democrat-sponsored bill amid the trial of Minneapolis police officer Derek Chauvin on murder charges in the May 25, 2020, death of George Floyd. Video of Floyd, losing consciousness while pinned to the pavement by police officers, triggered a national reckoning over racism and police brutality.

¨This is not an anti-police bill,” Lujan Grisham said in a news release. “This bill does not endanger any first responder or public servant — so long as they conduct themselves professionally within the bounds of our constitution and with a deep and active respect for the sacred rights it guarantees all of us.