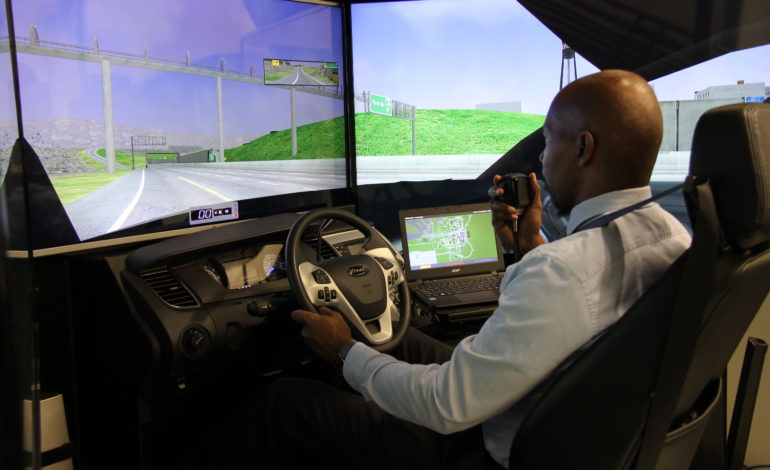 Having both tactical and skills driver training can save you in life-or-death scenarios. Here are 5 tips to consider.

A law enforcement agency would never let a new officer go on patrol with a firearm and no police training. Even if that officer had years of experience with a personal firearm, an agency would draw the line. The logic makes sense: without the proper training and certification, there’s no way to know whether that officer really knows how to use the weapon, or, more importantly, has the judgment training to know why and when not to.

Why then do some law enforcement agencies seem willing to rely on driving skills an officer may have learned in high school, especially when the consequences can be as deadly as discharging a firearm?

Law enforcement officers and agencies should approach driving, especially vehicle pursuits, with an equal emphasis on training, tactics and de-escalation techniques as they would give to firearms training or other essential skills.

The numbers speak to why: traffic accidents are the second leading cause of death among law enforcement officers. According to the National Law Enforcement Officers Memorial Fund, which tracks causes of law enforcement deaths, 50 officers died in traffic-related incidents in 2018, almost as many as the 52 firearms-related fatalities.

Backup to the rescue?

Of the 16 traffic-related fatalities in 2018 that were single-vehicle crashes, seven of the officers were responding to a call for service or as backup for another officer. While there is no evidence that these officer deaths were caused by reckless driving, agencies should agree that officers should adhere to their Number 1 goal: to get home safely.

“We should be as cool, calm and collected during emergency responses and pursuits as we are in building searches, physical altercations and shoot-outs,” said Chuck Deakins, lieutenant commander (retired) and lead specialist for simulation training at FAAC. “Everyone knows that if you crash on the way, you have only made the situation worse and not helped those that need you the most. You also take the risk of injuring or killing yourself as well as any innocent occupants of the other vehicle or bystanders.“

This means that even in the heat of the moment, law enforcement agencies should take all the commonly held concepts and tactics of field situations and apply them to driving situations.

Here are five ways that law enforcement agencies can apply tactics for safe responses and apply them to driving situations to help ensure that when there is a call for backup, backup actually arrives.

De-escalation isn’t a tactic so much as a desired result. It’s about doing what’s necessary to turn a volatile situation into one that’s manageable. In a highly-charged situation, law enforcement officers are advised to approach the scene calmly (considering the circumstances).

The same advice should apply to driving. A traffic stop often turns into a situation where a suspect flees. It’s understandable that an officer might be angry or frustrated by such a flagrant violation but jumping into his or her vehicle during an emotional state to pursue the scofflaw can put the officer, the suspect and innocent bystanders in danger.

“De-escalation commences during the driving response, not after we are on-scene or in the pursuit,” said Deakins. “How can we expect an officer or deputy to respond with lights and sirens at high speeds, going through red lights, chasing suspects, talking on the radio, skidding to a stop, jumping out and running up to a situation, then suddenly expect others to de-escalate?”

Many law enforcement agencies put their officers through weapons simulation training in order to approximate a real-life scenario. Driving simulation training shares the same goal of putting the officer through an adrenaline-fueled experience in a safe environment where mistakes don’t have the deadly consequences they may have in real life.

In Deakin’s experience, some people believe that driving simulators are, at best, lame versions of a video game and not worth the time or expense. But Deakins says that driving training should get a similar degree of consideration as weapons simulation training. Since there is a real likelihood that a vehicle pursuit or high-speed response will result in a vehicle crash, putting officers through driver training simulation to ensure they are prepared for such an event can minimize the potential risks to officers, innocent civilians and suspects and help inoculate the agency against the cost of a lawsuit or the loss of reputation.

“One of the key advantages of a simulation-based high-speed training program is more crashes.  This is a bold statement, but a car crash is a highly instructive experience. We already know that learning by doing only works so long as the feedback from our actions is immediate and unambiguous,” said David Bouwkamp, executive director of business development at FAAC. “The unique aspect of simulator-based training is that you can have that accident, engage in instructor-led after-action review and then reset the simulator. That is real experience that will be retained, but without the disastrous repercussions it would have in real life.”

Responding to an armed robbery or active shooter involves much more than skills honed during target practice. Similarly, training for a safe emergency response should include more than driving skills. It should also involve driving tactics and strategies.

A police officer doing a building search looking for a man inside with a gun would not just run through the building. The officer would move carefully.

“The same degree of caution should apply to driving,” said Deakins. “An officer shouldn’t just blow through an intersection without scanning and assessing the situation. It may not be a man with a gun that’s going to hit us but it’s a car that’s going to hit us. They can be equally deadly.”

Driving simulation training scenarios such as those at FAAC will teach both driving skills – such as scan and assess – as well as strategies and tactics like isolating and vehicle positioning.

“The only difference is in a vehicle pursuit, I’m pursuing an individual or a car,” said Deakins. “In an emergency response I’m pursuing a situation.”

The tactics and strategies involved in pursuits/emergency response are the same as with building searches, high-risk vehicle stops and hostage situations, says Deakins. “Move with precision, move carefully and don’t be reckless. Is this not a practical definition of ‘due regard’?”

For some, there’s a double standard when it comes to driving. Some officers will follow safe practices when responding to a citizen emergency, but when another officer is involved, they may throw safety to the wind as they charge to the scene.

“There’s a deadly exception out there in the attitude of the officers. If they’re in pursuit of a suspect who has shot a cop, they’re going to do anything they can to catch that guy,” said Deakins. “That means they’re throwing out all their preparation, they’re throwing out the seriousness of their risk, they’re getting tunnel vision.”

Deakins encourages officers to make an agreement with their partners to uphold the standards of officer safety, especially when they’re behind the wheel.

“Tell your partners that you don’t expect them to take unnecessary risks to help you when you are in great trouble,” he said. “Think of it like those trapped in a burning building; you know when, as a police officer, you can run into the building and attempt the save and when it is simply not worth the risk or danger.”

A police vehicle is as potentially a deadly weapon as a firearm. Just as police agencies understand the value of simulation training for critical situations like an active shooter, FAAC Simulation Training can be used to teach driving skills and tactics that keep officers in the right frame of mind to keep themselves, fellow officers and bystanders safe.