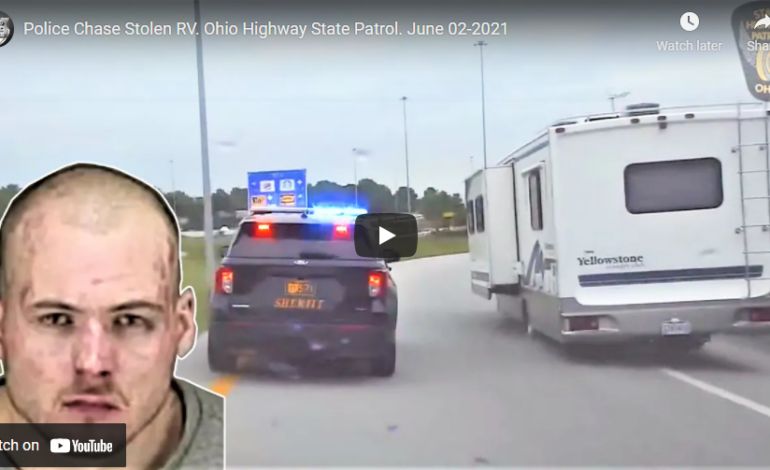 It happened last Wednesday, when Summit County Sheriff’s Deputies were called out to a report of a man trying to break into vehicles in the City of Green. A deputy saw the RV drive away fast, with the RV’s slide-outs out, and dragging a power cord. The driver rammed the RV into the deputy’s cruiser, along with other cars and trucks, and kept going.

State Troopers joined the chase, trying to box in the RV and stop sticks, but it kept going, down busy streets, down I-77, and along two-lane roads and residential streets. It even went through some yards, followed by deputies and state troopers. Eventually, the RV was driven into another yard, and with no place to go, stopped.

The man behind teh wheel, Randy Shiffbauer, 24, is charged with felonious assault, among other charges. His bond was set at $1 million. The Summit County Sheriff’s Office says Schiffbauer was arrested in 2019 for stealing a bulldozer from a construction site, and using it to damage vehicles, and a house.