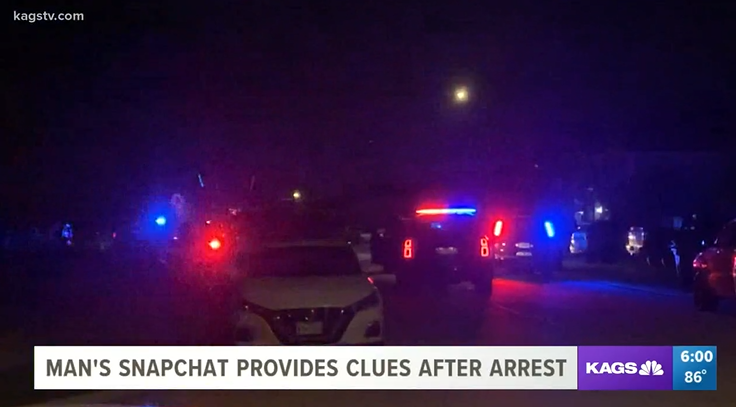 Authorities said the driver of the vehicle was found by a K9 officer hiding behind an AC unit. They said his Snapchat provided evidence in the case.

BRAZOS COUNTY, Texas — A Kilgore man has been charged in connection to a police chase in Brazos County Sunday night.

On Sunday, October 3, just after 10 p.m. a deputy with the Brazos County Sheriff’s Office said he spotted a vehicle speeding on I&GN Road and attempted to pull the vehicle over near Graham Road. Ford, who was allegedly driving the speeding vehicle, refused to stop, according to the deputy, and began driving at speeds nearing 100 mph on Graham Road.  Read full story here