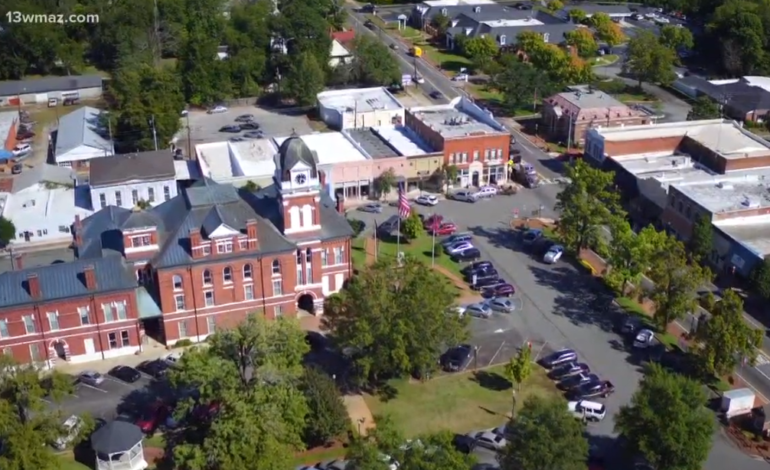 We asked three different agency leaders. Each had a different answer.

LAURENS COUNTY, Ga. — If you flee from the police in your car in the state’s capital city, they won’t chase you.

The Atlanta Police Department recently announced it will no longer conduct road chases.

13WMAZ spoke to three different Central Georgia law enforcement leaders to hear how they approach chases. Each had a different answer.

A Laurens County Sheriff’s Office deputy tries to initiate a traffic stop on a sedan. Instead, the car takes off on I-16.

Soon, you can hear engines rev and the deputy relay a message to dispatch: “They’re speeding up,” says Deputy Jesse Hall.

It happened in Laurens County, but in some ways, it’s typical of road chases across Central Georgia.

In Monroe County, Sheriff Brad Freeman’s office is no stranger to chases. They had 31 in 2019, according to spokesperson Anna Lewis.

Like the March chase in Laurens County, Freeman says many Monroe County chases begin with something simple, like a traffic violation.

That’s not to say his deputies chase indiscriminately, though.

Freeman says his deputies weigh the danger to the public and to the fleeing driver against the benefits of chasing.

That gives deputies a lot of variables to analyze, like “the type of vehicle being pursued and the terrain, whether you know the violator, (if) the violator’s known,” said Freeman.

Still, of the three agencies we spoke with, Freeman’s philosophical approach may have been the most aggressive.

“There’s always going to be a possibility of collateral damage in law enforcement no matter what you do. Whether it’s a chase, whether you’re going to arrest somebody that’s a violent felon and is shooting at you, ‘Well, I guess we could just pull out and wait until later,'” he said rhetorically. “That’s not gonna get it. We took an oath to uphold the law, to follow the constitution, and protect the citizens, and that’s what we’re going to do.”

“Once the public perceives that, that’s when law enforcement’s hands are tied,” he said.

Deputies there chased 18 times in 2019, according to the sheriff’s office’s records department.

Some, like the March chase, ended in PIT maneuvers — that’s when a law enforcement officer uses their vehicle to strike the fleeing vehicle, typically forcing it to stop.

But Dean says his agency chooses not to chase, for safety reasons, more often than they go for it, and they don’t typically chase everywhere in the county.

“We have a policy to not chase in our city,” he said. “Unless it was a major felony, we’re not gonna be running people around because the hazard is too great right here in town.”

Letting somebody flee carries risks, too, though, like the possibility the driver causes a serious accident down the road.

“I’d have had to answer for that if I’d have said, ‘Call off the chase,'” said Dean. “Then I would have had to live with those innocent people dying out there because the party that’s guilty is the man driving that vehicle.”

Georgia State Patrol said the Laurens County deputy wasn’t at fault, but he was still shaken.

When asked by another law enforcement officer if he’s alright after the collision, Hall sighs and says, “I reckon so.” Later, he takes a deep breath and asks his colleague, “They’re hurt bad, ain’t they?”

Warner Robins police officers rarely go through that experience. They only chase suspects in for violent crimes and they never use the PIT maneuver.

For him, it’s partly about geography. Unlike lightly-traveled country roads, congested city streets don’t leave much room for chases.

But that’s not the only consideration.

For him, the potentially fatal results of a car chase are only worth it for the most serious offenses.