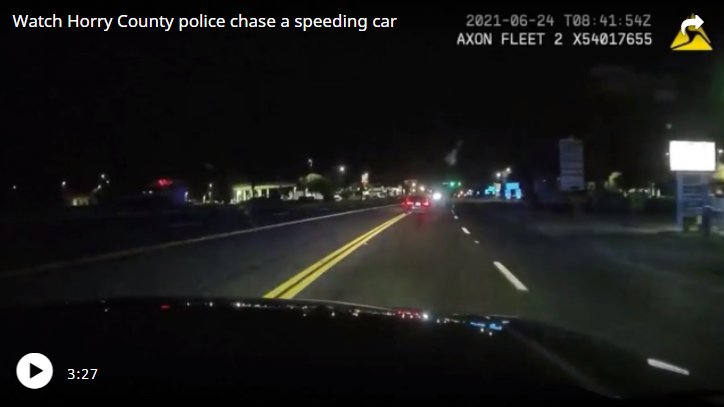 By Gerard Albert, The Sun News

Two Horry County officers parked next to each other under fluorescent gas station lights on Highway 9. The sun would be up in about two hours, but until then, the rural roads remained dark.

Cutting through that 4 a.m. darkness came a four-door Honda, the driver pushing the accelerator just past 100 mph, despite the speed limit being 45 mph.

The officers peeled out of the gas station and glided through the few cars on the road. It took them more than two minutes to catch the speeder, Jermaine Jackson, who was on his way home from visiting his girlfriend and children. The officers then turned on their lights, blue and white flashes lighting up the otherwise dark road. It is unclear why they waited to turn their lights on.