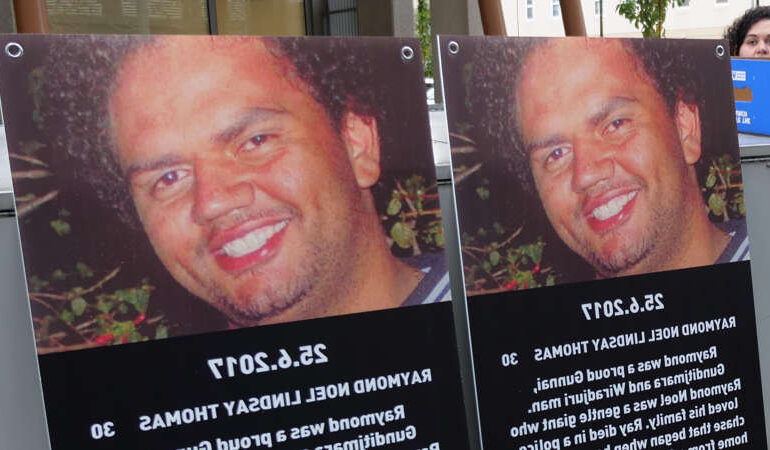 The final day of an inquest into the death of an Aboriginal man after a high-speed police chase in Melbourne’s inner north has concluded with a warning to the state’s police force to learn a lesson.

Gunnai, Gunditjmara and Wiradjuri man Raymond Noel Thomas was killed in June 2017 after he lost control of his car and crashed while being pursued by police at high speed.

The eight-day inquest concluded on Friday and Coroner John Olle is expected to hand down his findings in coming months.

On Friday, Coroner Olle addressed the decision by Victoria Police to place extra police patrols at the court on Wednesday while Assistant Commissioner Libby Murphy was giving evidence.

“The dignity and respect for the proceedings and empathy for witnesses was quite powerful for a coroner to witness. I’ve learned so much from you both,” Mr Olle said, addressing parents Ray and Debbie Thomas.

Earlier this week, the Victorian Aboriginal Legal Service (VALS) said the decision to deploy a larger police presence to the court had compounded the family’s grief.

“Victoria Police’s decision to deploy police to the coronial hearing with absolutely no justification shows an utter lack of respect for the Thomas family,” VALS community leader Lee-Anne Carter said.