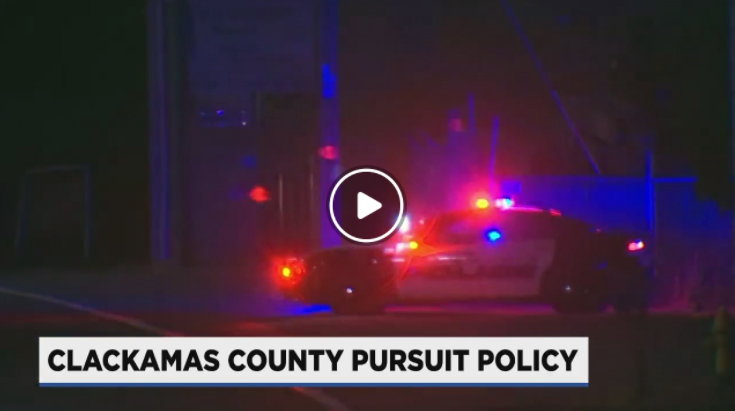 MILWAUKIE, Ore. (KPTV)—One week after a high speed pursuit of a shop lifting suspect ended in a deadly crash, the Clackamas County Sheriff’s Office changed its policy on when deputies should engage in a chase with a potential suspect.

Sheriff Angela Brandenburg wrote in a memo sent to staff through Chief Deputy Jesse Ashby that said deputies will only pursue a car if there’s reasonable suspicion a felony has been committed or the suspect’s driving is posing an immediate danger to the public.

The message was sent just days after a chase through Clackamas County streets ended with a suspect crashing into another vehicle, killing the driver, 54-year-old Kris Nickelson.

On Sept. 16, 911 calls came in around 8:00 p.m. about a shoplifter at the Ross Dress for less on Southeast 82nd Avenue. Deputies arrived and located 27-year-old Anthony Lucero as a potential suspect. The sheriff’s office said he began driving north and crashed his car into Nickelson’s at the intersection of Southeast Bell Avenue and Southeast Johnson Creek Drive.