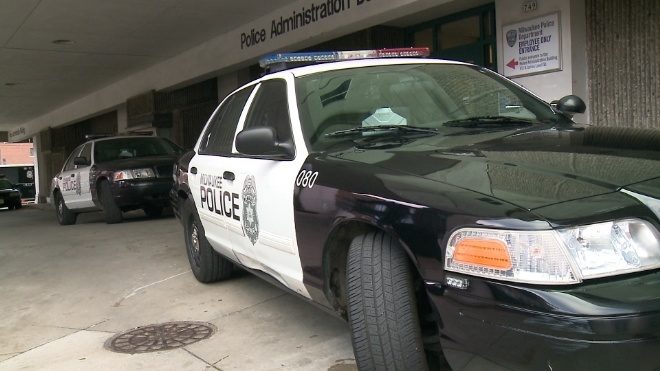 Motor vehicle pursuit is one of the most difficult activities for an officer to manage, especially at high speeds or under fire. If you find yourself in a vehicle pursuit situation, here are five strategies for bringing the pursuit to a successful end and apprehending the fleeing suspect.

As vehicles become increasingly computerized, more high-tech tools may enable police to stop a pursuit almost before it starts. OnStar can assist law enforcement to remotely locate a customer’s vehicle using GPS technology, block the ignition from being restarted and gradually slow it down.  A British company is developing an electronic pulse “deactivation technology” that confuses a vehicle’s electronics and may someday be useful in police pursuits.

GPS tracking powers a tool called StarChase that allows police to locate a suspect vehicle without pursuit. The device contains a GPS tag, which is launched from the officer’s vehicle and adheres to the suspect’s vehicle. With the GPS tag in place, the location of the suspect vehicle can be tracked on a map instead of in a risky pursuit.

Trailing a suspect is the most basic form of pursuit – simply follow the suspect and give visual and audible direction to stop. Advise dispatch of your location and direction of travel, as well as the violation that triggered the pursuit.

The use of controlled tire deflation devices such as spike strips can be an effective way to stop a subject, but an officer has to wait until the suspect is in his or her sight, then throw the strips across the road in front of the oncoming vehicle and pull them back before the pursuing unit is damaged. Some police departments, such as Dallas, have banned them because of the danger to officers.

Some new deflation tools include:

Check out this video for pursuit and apprehension safety tips.

Roadblocks are used infrequently due to the risks and because of a 1989 Supreme Court ruling (Brower v. County of Inyo) that stationary roadblocks may constitute an illegal seizure under the Fourth Amendment. They are prohibited by police policy in Chicago, for example.

Blocking techniques require officers to position themselves in front of a fleeing suspect, making this approach more hazardous. To create a stationary roadblock, one or more police vehicles are positioned to block oncoming vehicles, making crashes likely.

A similar technique is boxing in a suspect with a rolling roadblock. In this approach, one or more police vehicles moves into the path of the suspect’s vehicle and slows down in an effort to slow and eventually stop the suspect. While this method may seem less destructive, it still places several officers in harm’s way.

A third approach is the coercive roadblock, in which supporting units are positioned to block exits and side streets. This increases police control over the roadway and directs the suspect toward an area where the vehicle can be brought safely to a stop.

The PIT (short for Precision Intervention/Immobilization Technique) maneuver is intentional controlled contact designed to send the suspect’s vehicle into a tailspin, thus ending the pursuit. The pursuing officer taps the fleeing vehicle on the corner of its rear bumper to cause the driver to lose control as the vehicle comes to a spinning stop.

This precision maneuver is not the same as ramming a vehicle, which is prohibited by many departments. It requires careful consideration of the surroundings and roadway conditions. Check out this short PIT training video from the Idaho State Patrol for examples of what to look for.

Many departments limit use of the PIT maneuver to high-risk scenarios and prohibit the tactic at speeds greater than 40 mph. But even at lower speeds these collisions can be unpredictable, and the PIT maneuver should not be attempted without proper training and authorization.

That said, the PIT maneuver is not complicated or difficult, and it is a valuable tool for ending dangerous pursuits. The average training course can be completed in one day.

No matter what technique you employ, always advise dispatch of your location and direction of travel, as well as the violation that triggered the pursuit.