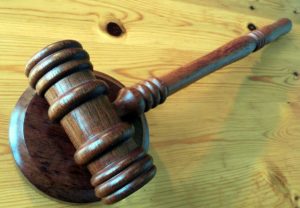 High-speed chases are often cast as use of deadly force in court. Plaintiffs may prevail at the state and appellate level, but in many cases, the U.S. Supreme Court has reversed these decisions. Here are several key cases that have shaped police pursuit policies in the past four decades.

In Tennessee v. Garner (1985), the U.S. Supreme Court ruled 6-3 that the Fourth Amendment prohibits the use of deadly force to prevent the escape of any fleeing suspected felon unless the suspect poses a “significant threat” to the officer or the community and other means have been exhausted. A 1990 report on police pursuits for the NIJ says: “Under Tennessee v. Garner, it is clear that force must be proportionate to the danger the fleeing person represents.”

In Graham v. Connor (1989), the plaintiff filed a Section 1983 civil rights lawsuit against several police officers and the City of Charlotte, alleging excessive use of force and unlawful restraint. The SCOTUS decision expanded on its previous Garner decision and provided three criteria for evaluating the reasonableness of the use of force:  the severity of the crime, whether the suspect poses an immediate threat and whether the suspect is resisting arrest or fleeing.

Decided in 1989, Brower v. County of Inyo was sparked by the death of a fleeing suspect who crashed the stolen car he was driving into a police roadblock. SCOTUS unanimously ruled that such a roadblock constitutes a seizure under the Fourth Amendment, but justices were divided 5-4 on whether governmental intent is required, distinguishing accidental detainment from deliberate pursuit and seizure. This focus on intent renewed scrutiny of police pursuit policy, and many law enforcement agencies abandoned the stationary roadblock after this decision.

PURSUIT AND THE FOURTH AMENDMENT: 3 CASES

In three cases from 1988 through 2000, the SCOTUS reversed state and appellate decisions to rule that police can lawfully pursue a subject (Michigan v. Chesternut, 1988) and that pursuit itself does not equal detention or seizure (California v. Hodari D., 1991). Further, the Court ruled that fleeing from police may be suspicious enough in itself to justify pursuit (Illinois v. Wardlow, 2000).

In the 2007 Scott v. Harris decision, “The Supreme Court refused to fashion a rule requiring law enforcement officers to abandon pursuit of fleeing suspects whenever they drive so recklessly that they place the lives of the public in danger,” writes PoliceOne columnist Mike Callahan.

The suspect sued because the deputy’s pursuit-ending maneuver caused a crash that rendered him a quadriplegic. Both the district and circuit courts had agreed that the deputy’s actions could constitute deadly force as determined by a reasonable jury, but SCOTUS ruled 8-1 that the deputy’s actions were reasonable under the Fourth Amendment, as the suspect’s reckless driving “posed an actual and imminent threat” to other motorists and the officers involved in the pursuit.

The decision was a win for law enforcement, but PoliceOne columnist Travis Yates cautions that “it should not give agencies carte blanche authority to engage in high-speed pursuits and tactical maneuvers without the proper training.”

In 2014, SCOTUS again sided with police officers pursuing extremely reckless drivers. The case centered on a high-speed chase that ended with the deaths of the fleeing driver and his passenger.

The decision, written by Justice Samuel Alito Jr., considered the precedent established in Graham v. Connor that considers the perspective of a reasonable officer on the scene and ruled that the suspect’s “outrageously reckless driving posed a grave public safety risk.”

The ruling in Plumhoff v. Rickard recognizes the extreme threat to public safety posed by reckless drivers and says the Fourth Amendment allows the use of deadly force to stop them.

“The Supreme Court determined that the suspect vehicle and its driver posed a clear threat, and shooting to end that threat was both practical and appropriate,” said Dr. Bill Lewinski, executive director of the Force Science Institute.

A case decided by the Ohio Supreme Court in December 2016 followed these precedents, shielding officers from legal liability following a high-speed chase. In the summary judgment, Justice Judith French writes, “We expect law enforcement officers to protect the public, but that expectation need not mean that an officer must sit idly by while a suspect flees the scene of a crime, particularly when the suspect’s flight itself endangers the general public further.”