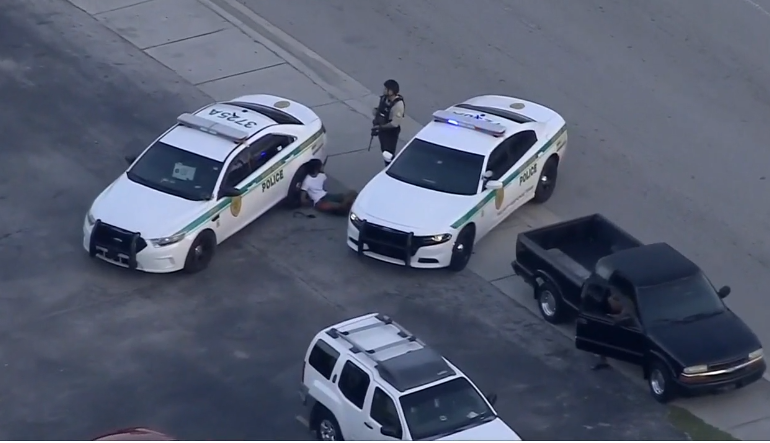 Officers reported hearing the gunshots about 5:30 p.m. near the intersection of Northwest 96th Street and Northwest Ninth Avenue.

According to Miami-Dade police Detective Christopher Thomas, officers saw a gunman “hanging out” of a car along Northwest 96th Street, leading to an exchange of gunfire.

“The officers are not injured,” Thomas said. “They’re safe.”

Thomas said two men in the car sped away, crashed in front of an apartment complex, jumped out of the car and ran into an apartment building. The men, ages 20 and 23, surrendered and were detained for questioning, he said.

“They’re not shot either, so it’s a blessing that no one was injured in this incident,” Thomas said.

2020 Deadliest year for police pursuits since 2006, according to a recent analysis of data from CHP